Gregg Alan Wallace (born 17 October 1964) is a writer, media personality and former greengrocer.  He is probably best known for co-presenting MasterChef, Celebrity MasterChef and MasterChef: The Professionals on BBC 2 and BBC 1. 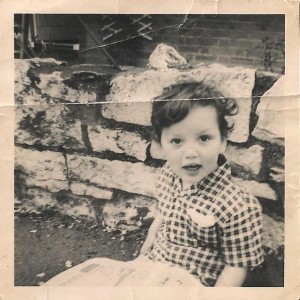 Gregg was born in Peckham, South East London, where he first watched Millwall and remains a Millwall supporter to this day.  Gregg is also a keen Wasps fan.

He began his career in Covent Garden Fruit and Veg Market.  In 1989 he started George Allan’s Greengrocers, a company that built up to an eventual turnover of £7.5 million.

Based on his business success, he was invited to co-present Veg Talk on BBC Radio 4 with Charlie Hicks.  He was the original presenter of Saturday Kitchen in 2002.  Other TV projects include:  Eat Well for Less, Inside the Factory, Turn back Time, Harvest, Supermarket Secrets and Who Do You Think You Are?  Of course, he is best known for MasterChef, Celebrity MasterChef and Professional MasterChef.

Gregg’s autobiography, Life on a Plate was published in 2012 by Orion Books.  His latest book, Gregg’s Italian Family Cookbook was published on 30 May 2019 by Michael Beazley (part of Octopus Publishing Group).

He has 3 children, Tom, and Libby who he has bought up on his own and Sid.  He has also gained 2 rugby union coaching badges.

He now lives in Kent with his wife Anne-Marie, 2 of his children, Libby and Sid, together with his parents in law, Massimo and Rina.

With the help of his daughter, Libby, Gregg created a weight loss and health site called ShowMe.Fit.

A gradual, comfortable process into a long lasting healthier, slimmer you.

MasterChef at the BBC
MasterChef on Facebook
Celebrity MasterChef 2017